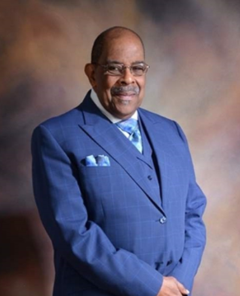 Roscoe D. Cooper Jr, AACB (African American Christian who is Baptist), is Lead Pastor of Metropolitan African American Baptist Church, Richmond, Virginia. He is the first born child of the late Rev. Roscoe D. and Mrs. Virginia White Cooper. He was born in Camden, New Jersey. He lived with his grandparents in Petersburg, Virginia from nine months to age four. He was raised by his parents and many extended Christian family members in Philadelphia, Pennsylvania where he lived from age four to twenty-one. He received his cultural education from Philadelphia Public Schools. He graduated in 1964 from the Thomas Edison High School. He continued his education by attending Cheyney State University, Cheyney, Pennsylvania.  He graduated from Cheyney with a BS in Secondary Education  in 1968.

Pastor Cooper accepted Christ as his Savior at the age of 12 and was baptized and became a member of the True Friendship Baptist Church under the pastoral leadership of Rev. J. Millard Levester. He continued to grow in Christ as a member of the King Solomon Baptist Church in Philadelphia, Pennsylvania where his dad had been called to serve as pastor. It was through the Christian education, love, encouragement and support provided by the saints of this church family that he grew in his knowledge, trrust, love and desire to serve God as a disciple of Jesus Christ empowered by the Holy Spirit.

Pastor Cooper was licensed to preach in 1966 and ordained to the Gospel Ministry in 1969 by the King Solomon Baptist Church. He continued his theological education by attending and graduating (M.Div., 1971) from Andover Newton Theological School, Newton Centre, Massachusetts.

By God’s grace and the kindness of the members, Pastor Cooper has served in numerous offices and as President of The Baptist General Convention of Virginia. By the grace of God and the largesse of Dr. T. J. Jemison, Dr. Henry J. Lyons and the kindness of the people of the NBCUSA, Inc., Pastor Cooper has had the opportunity to serve as Editor of The National Baptist Voice and General Secretary of the NBCUSA, Inc. He has also served on the governing boards of the Lott Carey Foreign Mission Convention and the American Baptist Churches USA.

God’s greatest gift to Pastor Cooper, after life and salvation, is his beautiful, charming, gracious and loving wife, the former Christa Carrie Williams. She has been his life companion and partner in ministry since 1968. God brought and has kept them together, made and continues to make their lives a blessing to each other and all through whom they serve together. They are the proud parents of three children, Alexis Lynn, Rev. Roscoe D. III, and Chadwick R. Cooper. They have 4 grandchildren.

Pastor Cooper’s life is living testimony to the faith fact that the the Lord God, revealed in the Bible, supremely in Jesus Christ, and active as Holy Spirit in the Church and in the lives of those who come together in the church, is real, good and faithful and that if you serve this God, this God will bless you with every blessing in abundance so that you will always have enough of  and be able to provide in abundance for every good work.

To God be the Glory! AMEN. 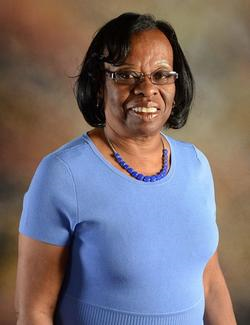 Rev. Ingram is the daughter of the late Blanche Elvira Jones and James Artis Ingram. She was born, grew up, received basic education, and accepted Jesus Christ as her Lord and Savior in Lawrenceville, Virginia. She was called to the ministry of Christian Education in November 1975. She was licensed to preach the Gospel in February 1982 and ordained to the Gospel Ministry in January 1983 by the Fifth Street Baptist Church, Richmond, Virginia. 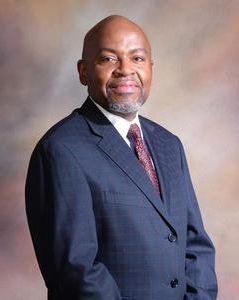 Pastor Darryl Walker  serves as our Minister of Music here at MAABC.  He can be found leading Praise and Worship and the Music and Fine Arts Ministry including but not limited to the music ministry, hospitality ministry, digital & visual arts ministry, drama and dance ministries.

Register for this event

Your registration has been received.

Your email has been sent.

We have just sent an email containing a new password to login. You can always change this password by logging in and visiting the settings page.

Your request for an account has been received. Once this information is moderated you will receive an email with your account details.

We are excited you've joined the ChurchSpring family! It is our desire to come along side your ministry as you seek to reach the world for Christ. We would like to take you through a quick tutorial to get you on your way. Click continue to get started.

You have reached the limit of 6 main level navigation items. You can always rename or delete your existing main nav items to better organize your content. Consider adding pages to the sub navigation menus as well.

Are you sure you want to delete this item?

We are processing your request. Please do not click anything until this process is completed.
Thank you.